October 18, 2016 marks our eighth year of living on the farm. I can hardly believe it. I can hardly believe that I’ve been writing this blog for seven years now. I often wonder if anyone reads it anymore; of course I don’t do it for fame or fortune, but I do hope it gets a little bit of foot traffic!

So, every year, I try to write about things that we’ve learned over the previous twelve months. Usually, I find that it’s the same thing: Keep good fences. Plant what you eat. Live simply. Learn to laugh at your mistakes. 2016 wasn’t much different, and I’m not sure what I will have to add other than telling you that we are seriously cutting down on debt this year. I know I’ve said it in the past, but we really have gotten much more focused in becoming debt-free. One thing that I have fallen in love with is the so-called “No Spend” months. These are months that I choose (almost always a five week month for us since we are paid weekly) and they consist of no-frill spending and only about $100 on groceries. It takes pre-planning and dedication, but at the end of these months, we have found that we are saving an entire paycheck plus some. This extra goes to our debts. Maybe one day I’ll write more about it, but in the meantime, you can get some ideas here. It truly is quite simple, but again, especially in the food department, it does require pre-planning, and meal planning is a lifesaver here.

So, let’s recap the last twelve months with some pictures! Every year, we try to make it to Arkansas. If you have never been, there is a reason it’s known as the Natural State. It is absolutely gorgeous. Miles and miles of countryside to see. Caves, hot springs, mountains, rivers, lakes…Arkansas has it all. We usually go in spring or fall for the best weather, but be forewarned, these seasons also can be very volatile. Tornadoes and flash flooding are not rare occurrences here, so if you do go, be sure to check the weather forecast!

Once place we went last October was Blanchard Springs. The springs themselves are beautiful, but it is also home to the Blanchard Springs caves. I had never been to a cave before. The beauty of it literally brought tears to our eyes!

The river that runs through it all…absolutely breathtaking:

But meanwhile, back on the farm: We caught a hawk! Okay, not true, he caught HIMSELF in our fence while trying to get a chicken. I found him wedged between the chicken wire and the 4 x 4 fencing. Honestly, I thought he was dead. After some very careful manipulation with gloves and a towel, we extracted the little jerk from the fence (he is responsible for all hawk-related chicken deaths over the past year) and we found that he had injured a wing. So, off to the rehabber he went. Although not much larger than a pigeon, this Sharp-shinned hawk ate up about 15 of our birds. They overwinter here. In fact, we’ve already had a hawk attack by one again this fall, so I’m assuming his mate or offspring made it back.

In November, we had the most adorable baby chicks born. Like, EVER. The especially ‘poofy’ one is “Yin”. And yes, we also had a “Yang”. We still have both, although sadly, their beautiful brother died the following spring. 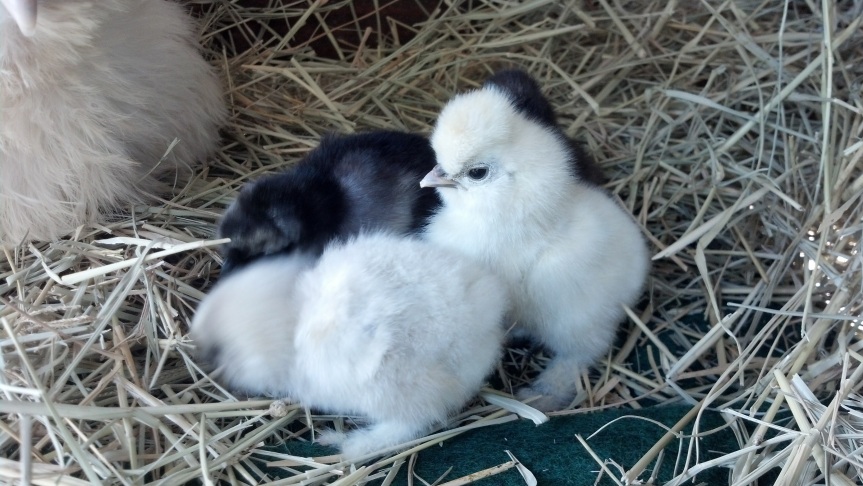 Every year, we go to the Homestead Heritage Fair in Waco. This is an absolute MUST if you haven’t been. I really can’t say enough good things about it! Due to torrential rain, they opened it for another weekend. Typically, it’s the weekend immediately following Thanksgiving. We brought home these baby Ameraucana chicks to add to our flock. I am happy to say that we have all but one a year later. They lay beautiful blue eggs.

February 2016: Because every chicken needs a bonnet:

And Fran needs a bonnet, too:

March: It was a banner year for frogs and toads. We had so many pollywogs at the pond, it was black along the edges. Unfortunately, we also had an equal number of bullfrogs born here. I have no clue what will happen to the other frogs now that we have about 900 million huge bullfrogs. 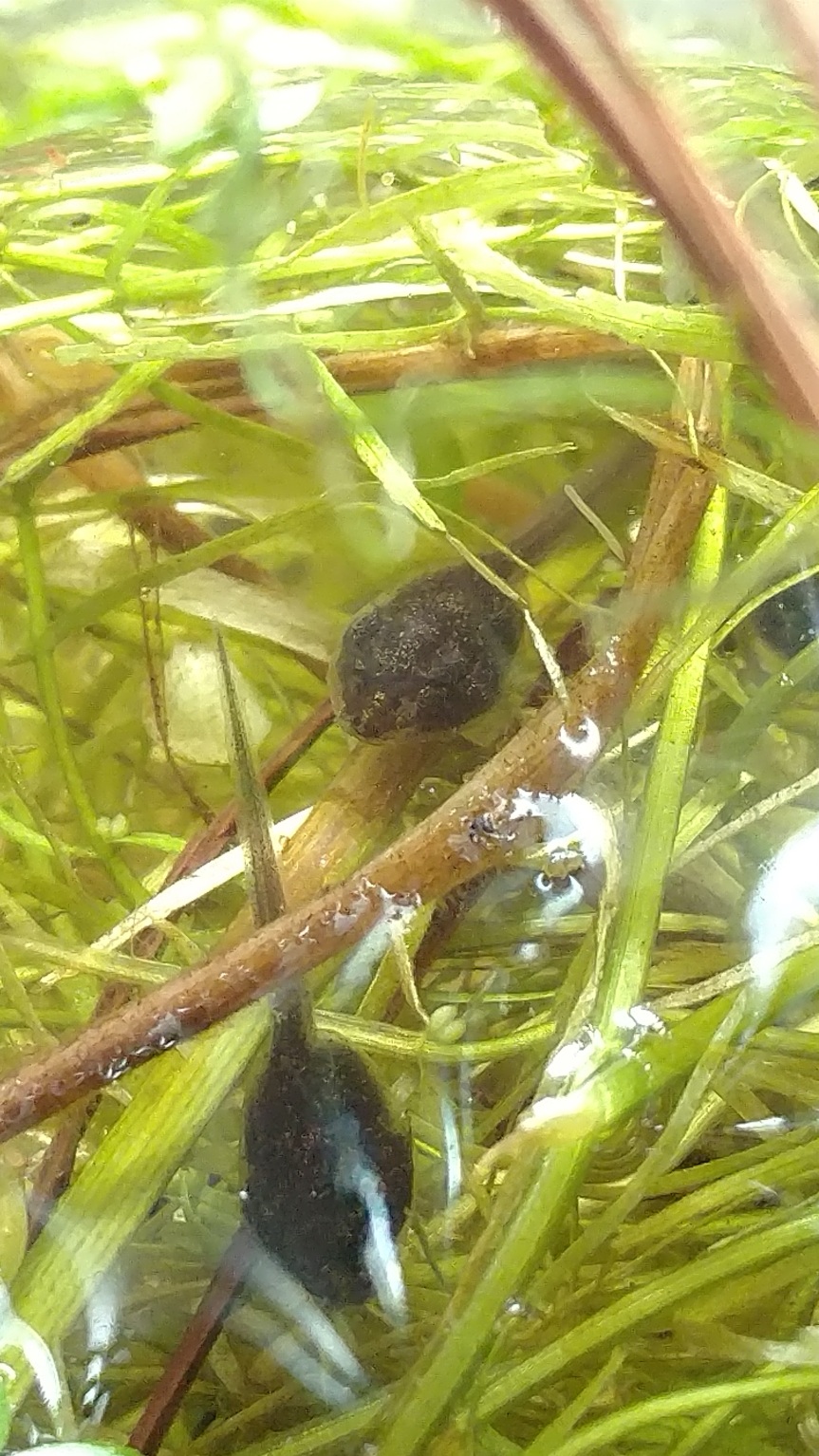 The lazy flock of Silkies:

I told you the bullfrogs are huge!

Spring also brings out the snakes. This is a copperhead that we relocated. Yes, they are venomous.

This summer brought the most insane number of Indian Blanket flowers I’ve ever seen. These all came up on their own without being reseeded:

And naturally, flowers bring butterflies. We have SO MANY this year! 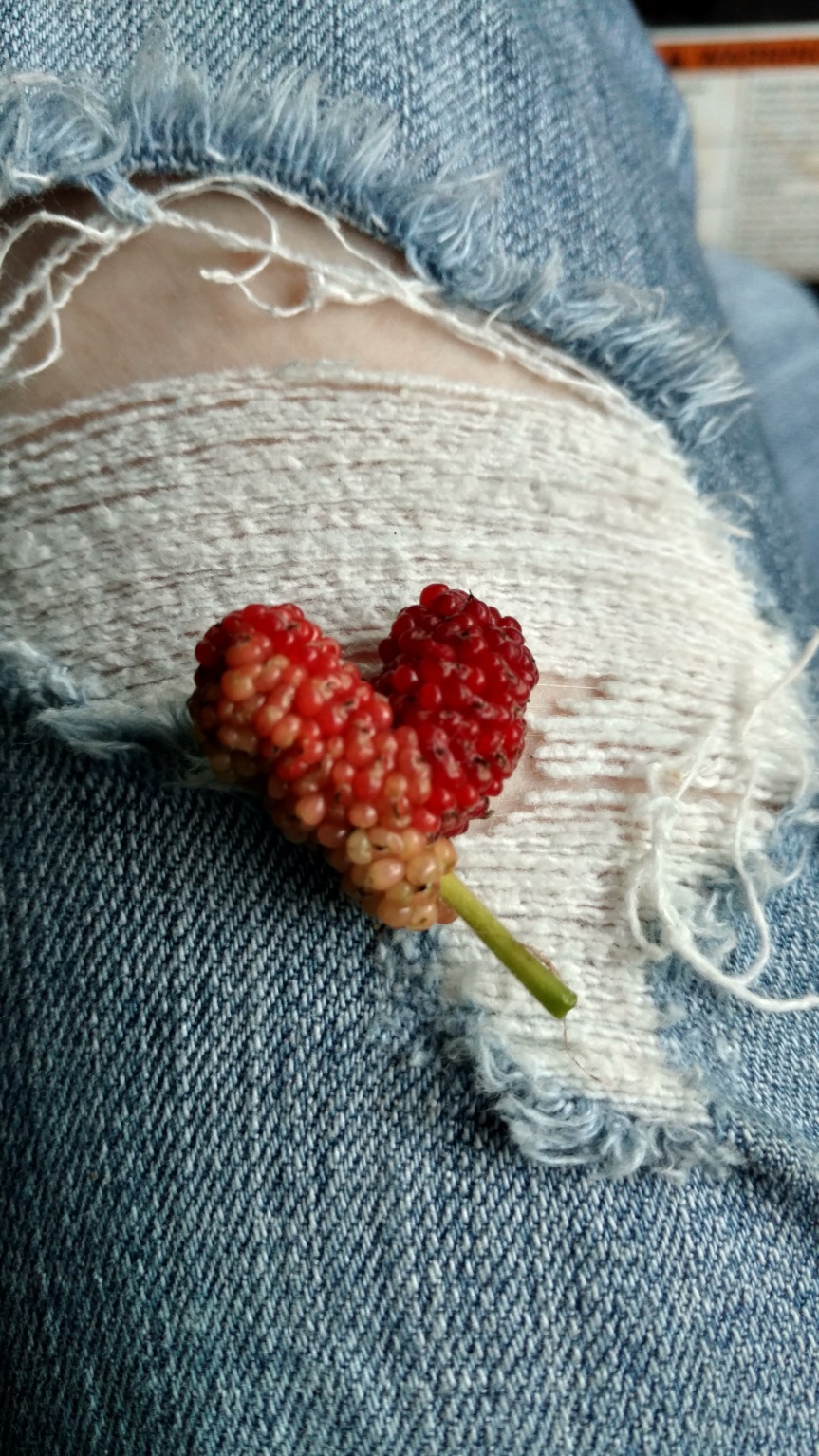 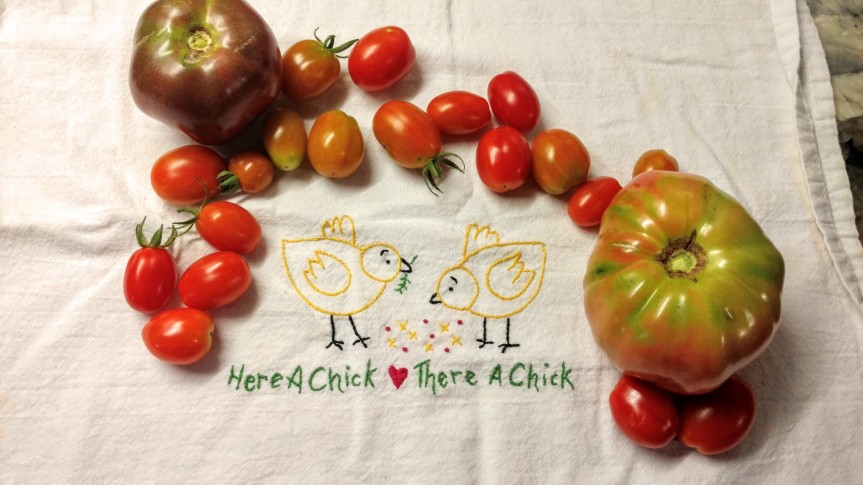 Because we had two ‘rainy’ years, the crepe myrtles and all things that flower were absolutely stunning this year! I have never seen them bloom like this before. 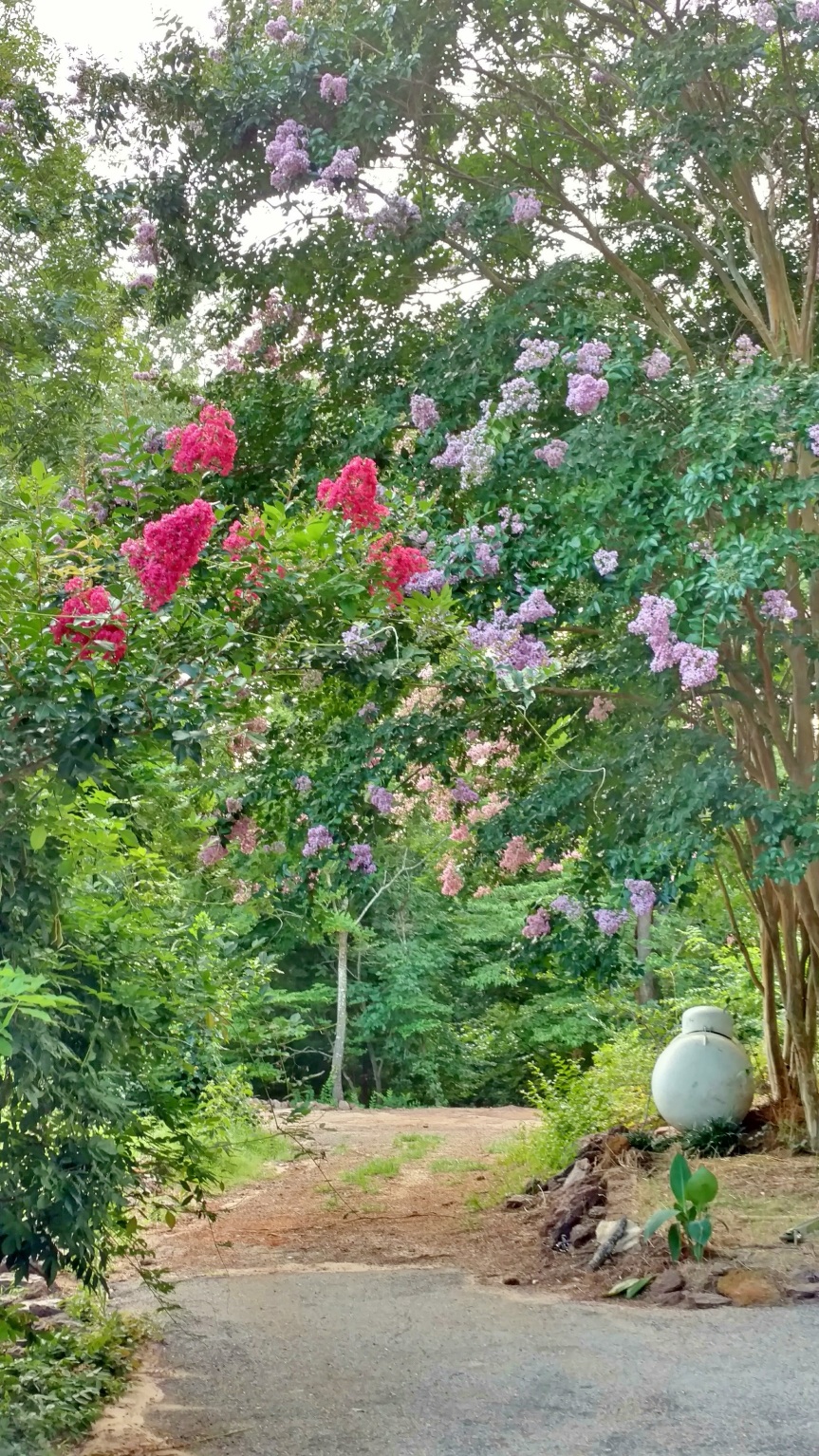 The front yard in June: 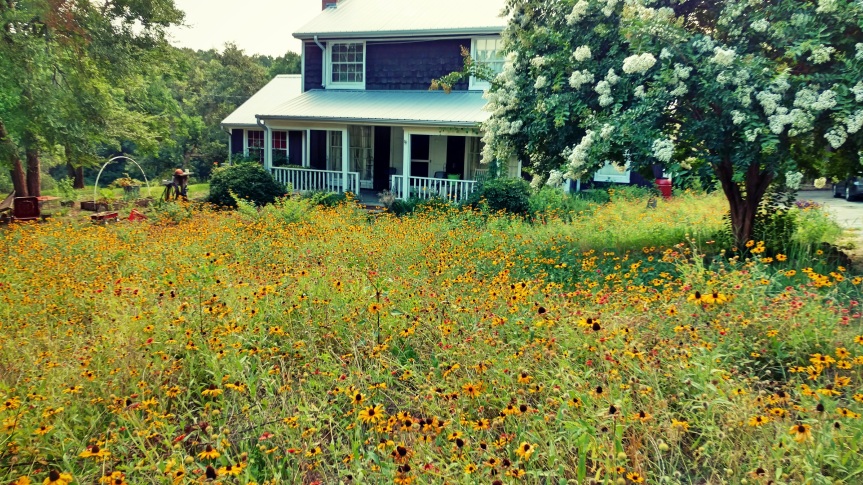 To catch a snake: 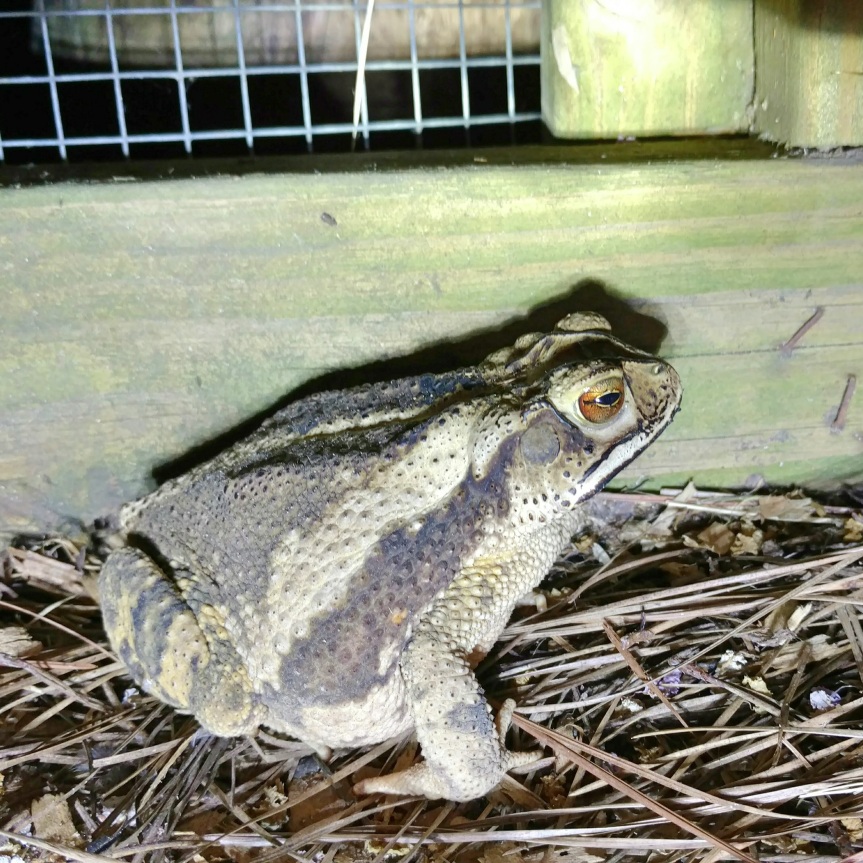 Beautiful summer skies of July. We had some very dry months (including this October…ugh), and then some crazy wet ones! That’s East Texas for ya. 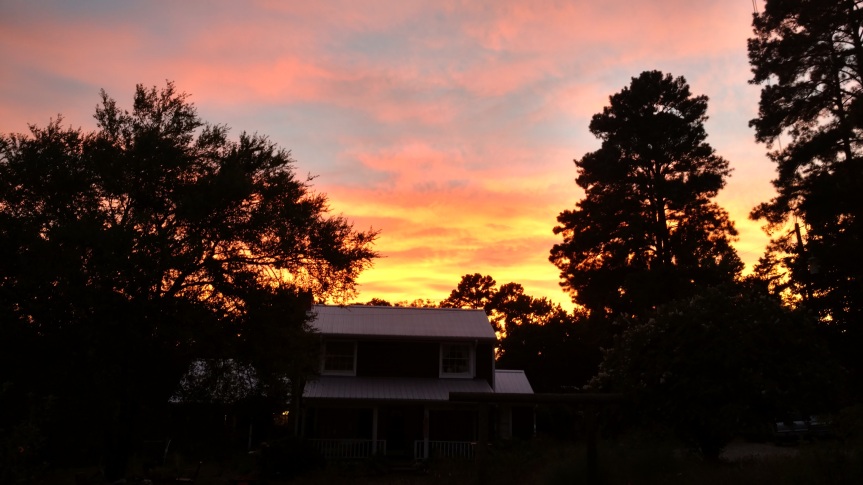 Creating a ‘classics’ shelf in my mini-library, complete with a Brussels Griffon look-a-like a la Hobby Lobby: 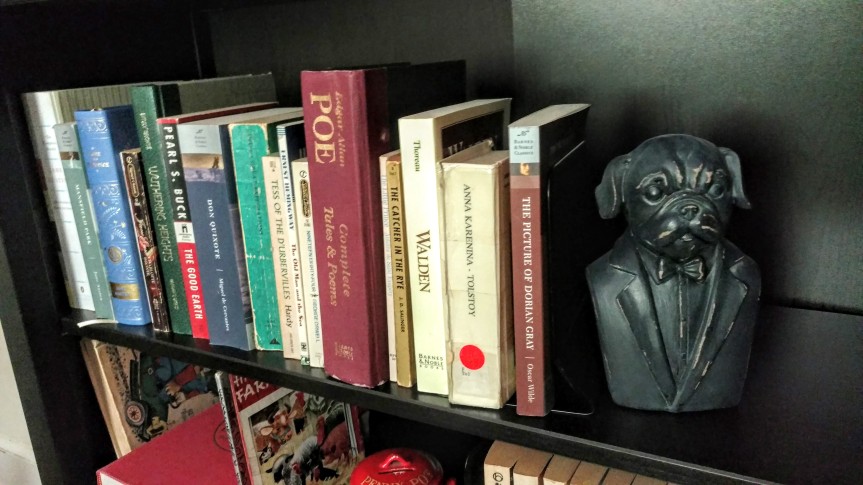 Ribbon snakes on the farm!

Life is good for this eleven year old Mastiff: 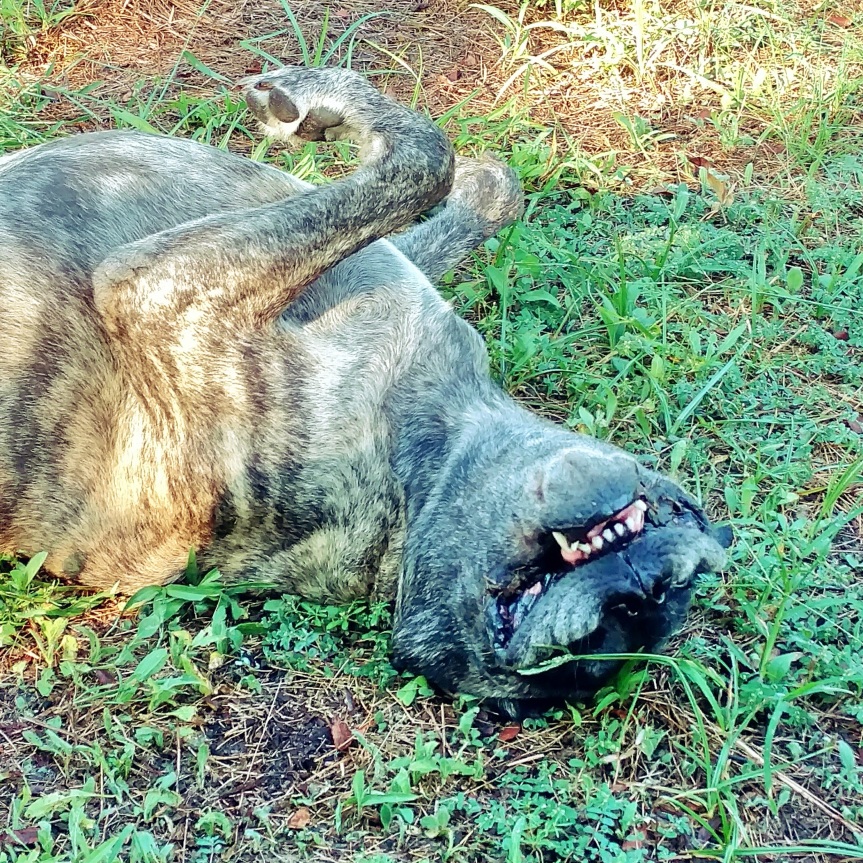 Well folks, that about wraps up the last year! I’ll post again about the major yard renovation, but it’s time for me to refresh my (very cold) coffee. I hope you enjoyed the farm visit with us!