One of the main things that sold my husband on this property was that it had a pond. He had two requirements: a shop and a pond. Oh, and a house. So I guess that makes it three, although I feel that the house was third on the list. Shop, one. Pond, two, House…a distant three. That’s just the way men’s minds work.

The pond has been a long struggle for us, especially the first seven years. It would go almost completely dry every summer when animals needed it the most. The dam leaked and was situated in the wrong spot. There was no emergency spillway; instead, it had two metal culvert pipes to attempt to take the place of a spillway. Tip for those of you thinking about building a pond: Do not use metal culvert pipes in your dam. Just…no.

Things really started shaping up when Jason brought home his new girlfriend. I am not jealous. She weighs about 16,000 pounds. I suppose you could say she is blonde if you consider “construction yellow” to be blonde. I’ll give her this; she is a very hard worker and never complains. They spend many hours together, but he always comes home to me. Yes, the backhoe is really more of an ally to me than an adversary.

Now that we had a dirt-mover, the pond could be repaired. We found that most of our dam was not clay, but trash covered in clay. A stove, car batteries (!), glass bottles, tin….you name it, it was incorporated into the dam. Nice. Tip #2 for dam builders: Do not use trash to make your dam.

Now that Jason has removed Appliance World from the dam, water tends to stay in it. This year has been great for the fish. We have largemouth bass…big ones! They have spawned and make jillions of babies. We stocked with bluegill, ‘shellcrackers’, and fathead minnows. There is an abundance of life in our pond that I can’t even begin to document for you, but I will give you a little bit today!

Let’s start from the “less frightening” to “most fear inducing” critters. That is, at least for most of my readers. I don’t want to scare you off!

I caught this dragonfly in mid-molt. Did you know that they begin life as an aquatic creature? In fact, most of their life is in this larval form. They are only in this adult phase for two months or so. The shell you see at the top was the old exoskeleton that Mr. Dragonfly (or Mrs.) crawled out of, just like a cicada does. 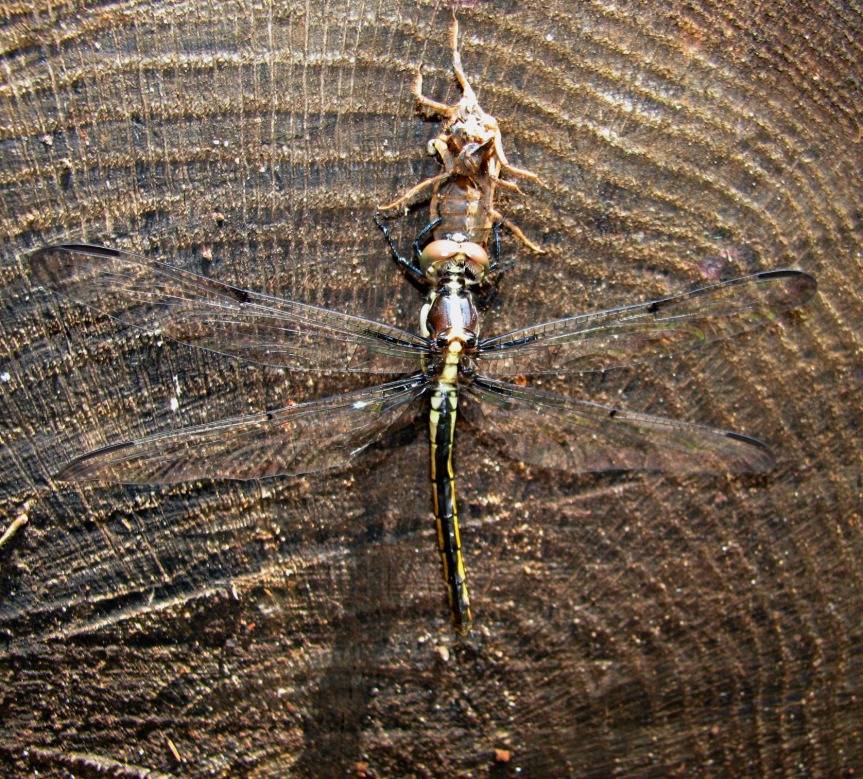 My daughter took this picture of a baby Red Eared slider. Now that the pond stays full, they have been breeding. I love sliders! They live a long time, reaching ages of 30+ years in the wild. They eat water plants, but also snails, insects, tadpoles, etc. and are considered omnivorous. 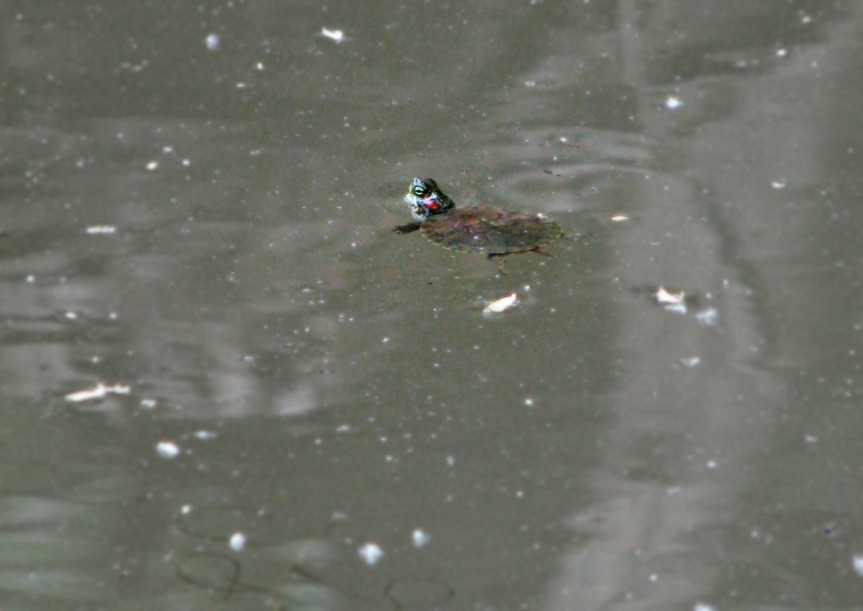 Another photo by my daughter. This is another slider, but I am having a hard time deciding if it is a Yellow Belly or a Red Eared since I can’t see the red on the head. Either way, it’s a female. We call her Bertha. Bertha loves fishing corks and chases them when you go to fish. She will eat top floating fish food if you don’t spook her off first. You can tell a female from a male because male sliders are usually smaller and they have “Freddy Krueger” nails on the front. They are very long, whereas the female’s are short. And now you know!

Last spring, we had a plague of bullfrog tadpoles. I do not know why Spring 2016 was the year for these, but we had so many it was a little scary. The pond was fairly BOILING with huge tadpoles. If you have ever seen adult bullfrogs, you know that they are huge and prehistoric-looking. Yes, they are slightly intimidating. I snapped this picture of one in our new secondary pond and when I went to check the photo, I was happy to see that it still had its tail. Pretty cool! 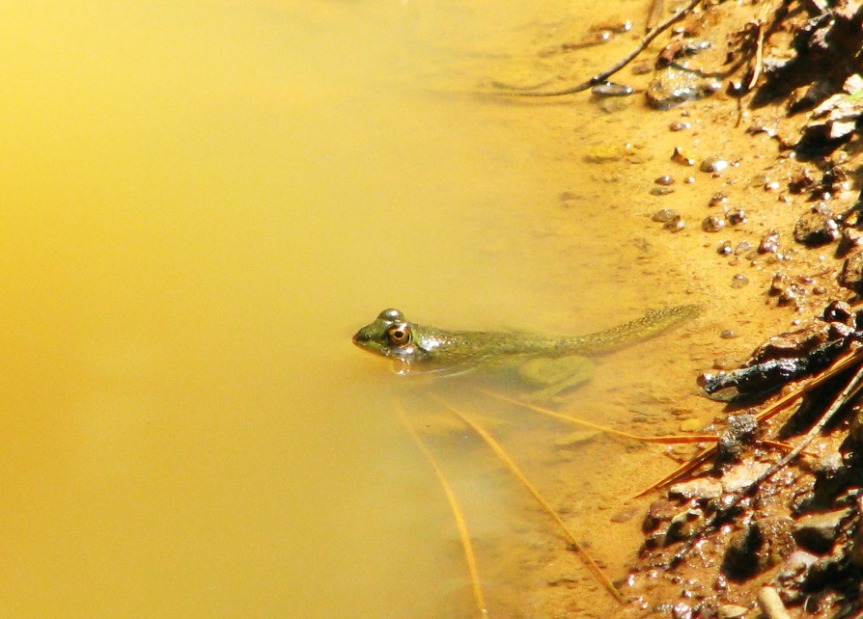 These were, again, snapped by my daughter. She calls this one “Camo”, because of its interesting pattern. We only have four venomous species of snakes in the US and they all live in Texas, which is no surprise to those of us who live here. We are one step away from living in Jurassic Park. If you don’t like scary, venomous, or poisonous things, I wouldn’t recommend moving to Texas. This brings me to a point: Poisonous and venomous are not the same. Don’t call snakes “poisonous” and all herpetologists and reptile enthusiasts will clap with glee and throw you a party. Just kidding! I mean, about the party thing. However, we might clap and give you a button or something. Poison must be inhaled, absorbed, or ingested to harm you. Venom is injected in some way. So when people say “poisonous snakes” it is technically incorrect. Sorry, but my inner nerd is now pleased and now you know the difference. Moving on…

Camo. Yes, “Camo” is a broad-banded water snake. We have quite a few in the pond and sometimes in late summer they will head up to my house at night to eat the baby toads and frogs. Many people mistake them for the moccasin AKA cottonmouth, but moccasins are not brightly colored like this. You can also see the round pupil here, as opposed to the ‘cat-eye’ slit pupil of the moccasin. They can grow up to three feet long and eat small fish and amphibians. 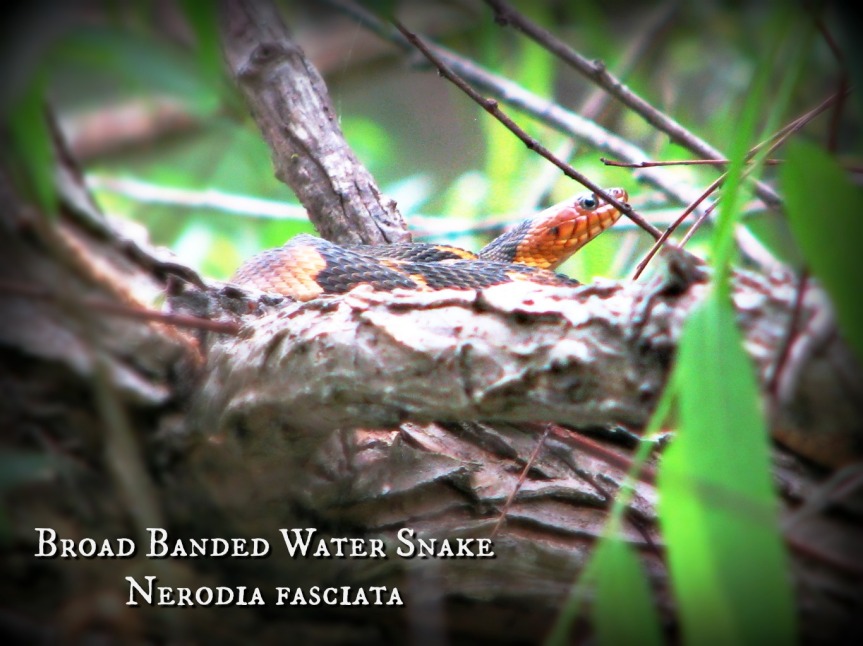 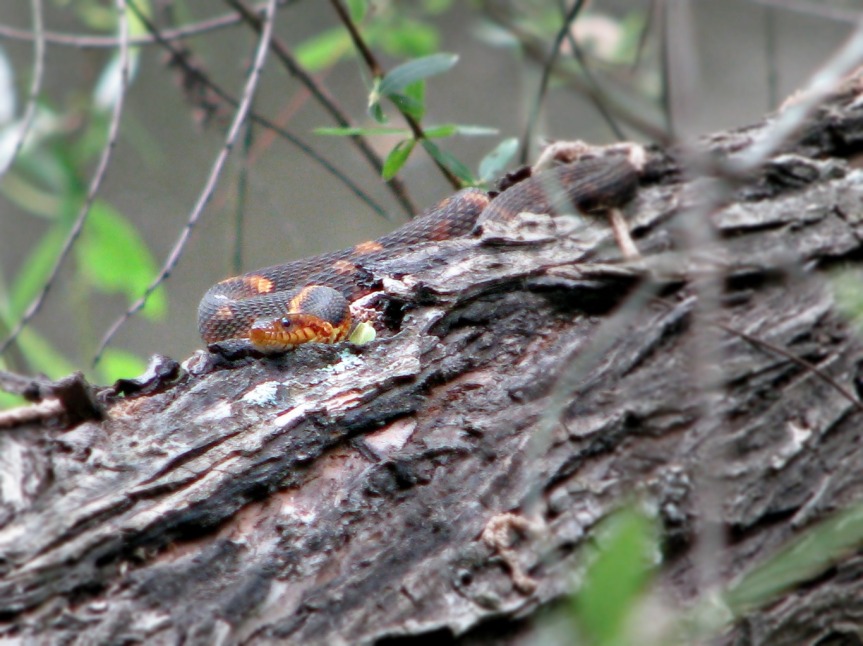 This is a photo of a baby broad banded water snake that I almost stepped on. When I first saw it, it looked like a goldfish (from above…I could only see the eyes/head). I had just read that goldfish will tear up your pond and make it a muddy mess, so I scooped it up. Then I was like, crap! It’s a snake! But it did give me a great opportunity for a good close-up! We then released it and let it on its merry way. It stayed in the shallow plants. The next two pictures are of a Yellow Belly water snake. These are very often mistaken for a moccasin because of their drab coloring and the fact that when they are frightened or cornered, they will flatten out their head and body, which unfortunately even MORE resembles the venomous moccasin. So, a lot of them are shot for no reason. Again, in the second photo, you can see the round pupil and also that they have a bright yellow, non-banded tummy. 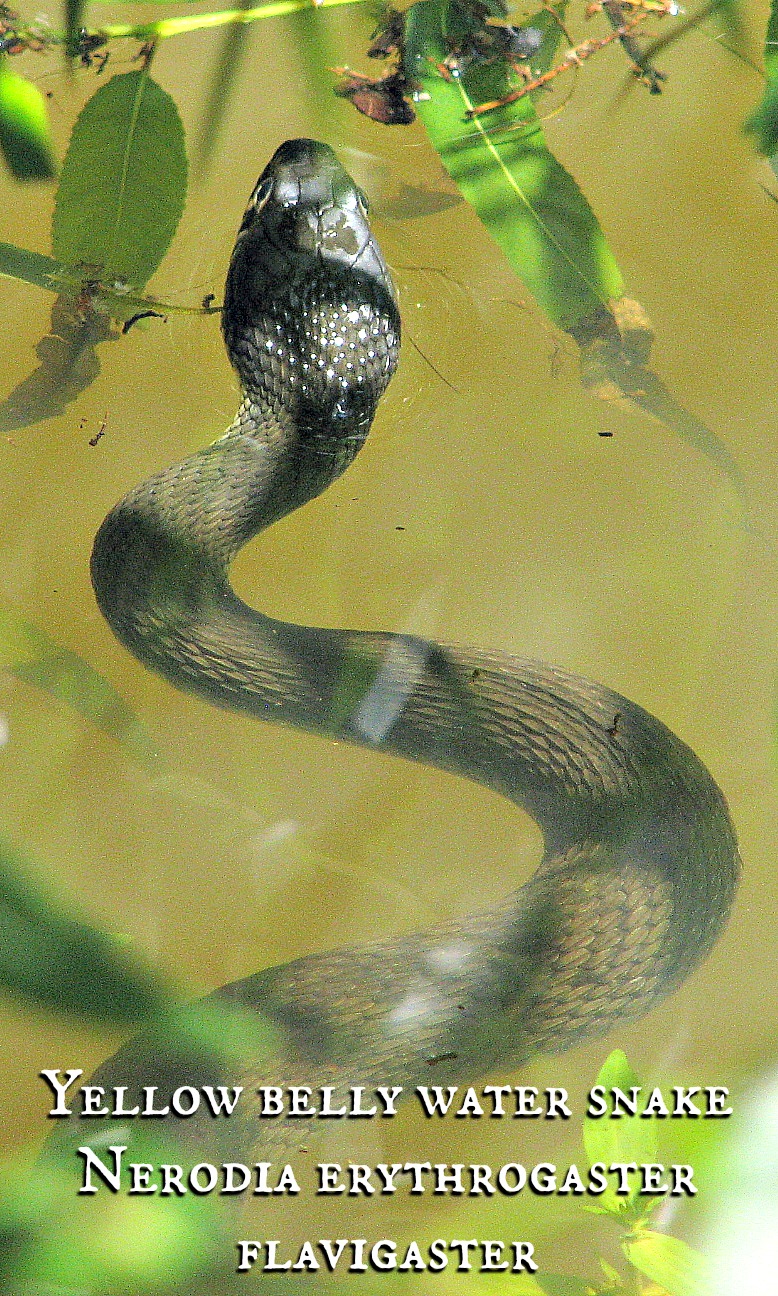 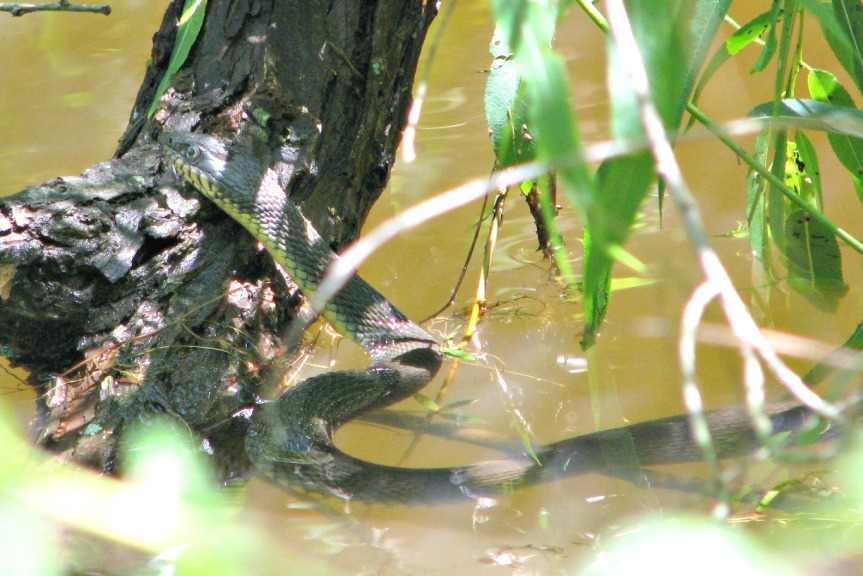 So, life is good at the pond now! We see new baby animals and that means that adults are calling the pond their home, which is exactly what we wanted to happen.

I hope you enjoyed this mini-tour today! 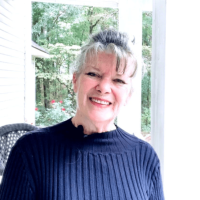 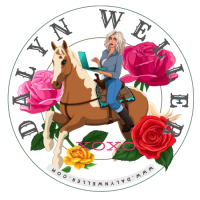